The ethnic nationalities in Burma, such as the Arakan, Chin, Kachin, Karen, Karenni, Mon and Shan have their own separate homelands and military and political organisations. There are also minority ethnic groups in each of the seven ethnic states mentioned above.

On 12 February 1947, Burma's most famous revolutionary, Bogyoke Aung Sang - father of Aung San Suu Kyi - together with Burma's various ethnic leaders signed the the Panglong Agreement, in which they agreed to join their territories together to form the Union of Burma. This reflects the fact that Burma's ethnic nationalities are co-owners of the nation with the Bama and that they have equal rights and responsibilities to re-shape and re-build the nation

Six months before Burma gained full independence from Britain, Aung Sang was assassinated by a gang of paramilitaries of former prime minister U Saw. Though Burma did go on to gain independence, the process of reconciliation between Burma's different ethnic leaders was put on hold.

Burma’s early years after independence were turbulent. The first and most serious threat to the nation was the uprising of the Communist Party of Burma, which threw Burma into civil war only eight months after it had gained independence.

During this period of instability, even the Burma army mutinied and U Nu’s government survived only because the Chin, Kachin and Karen Rifles remained staunchly loyal. The government at that time was an ethnic mix: the President was Shan, the Prime Minister was Bama, the Commander-in-Chief and the Air Force Chief were Karen. It was the first grand experiment to create an inclusive and just multi-ethnic nation. 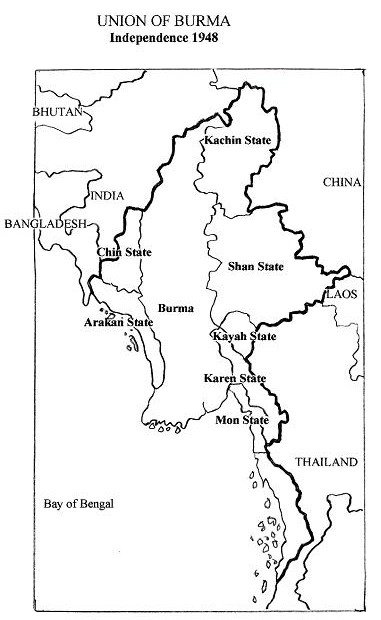 In 1962, General Ne Win - a former prime minister of Burma - seized power from the democratic government of U Nu. For 48 years, until 2010, Burma was ruled by a succession of military dictatorships which ruthlessly suppressed individual and political freedoms in the country and outlawed all forms of political expression.

The Burma Army of 1962 was modeled on the 1930’s fascist movement and its policies left no room for ethnic diversity or political dissent. The army modeled its style of ruling the country on previous Burmese kingdoms, such as that of King Anaw-ratha and King Bayin-naung, who saw the other ethnic states as territories ot be conquered.

When General Ne Win seized power in 1962, he re-wrote history. He began a process of Burmanisation which involved purging non-Bamas from public life. He suppressed all political dissent, making it impossible to redress wrongs in any way except through armed struggle. Those who did not take up arms had to live like second-class citizens, hide out in the jungle, become refugees or seek a new life abroad.

In the 2010 General Election, the ethnic parties won enough seats to make their voices heard and to begin to exert influence in their home states and at the national level. In his inaugural speech, President Thein Sein talked of the “the hell of untold miseries” suffered by the people because of the decades of armed conflicts and “the dogmatism, sectarian strife and racism” causing the conflicts. He made it his government’s top priority to build a “peaceful, modern and developed“ nation. Since then, ethnic armed groups and the Myanmar government have entered into ceasefire discussion and it is hoped that a union level ceasefire will be signed soon.

* Note: Burma is today officially known as Myanmar. The democracy movement does not accept this name because the it was changed by its military rulers without consultation with the people of Burma. The military claims Myanmar is more inclusive than Burma, which represents only the majority Burma ethnicity. In reality, Burma and Myanmar are the same and are used interchangeably. Burma is a more colloquial form and Myanmar more literary.

The maps on this page are reproduced with the permission of Mary P. Callahan and are taken from her book "Making Enemies: War and State Building in Burma". Please see Amazon.co.uk for more details 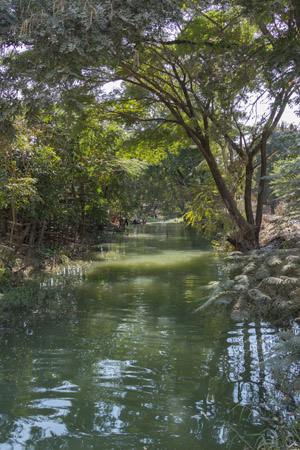